Oils have been my medium of choice again this summer, with an emphasis on florals and animals. Mostly I find them a real struggle, though there is the occasional one that seems to “paint itself”. 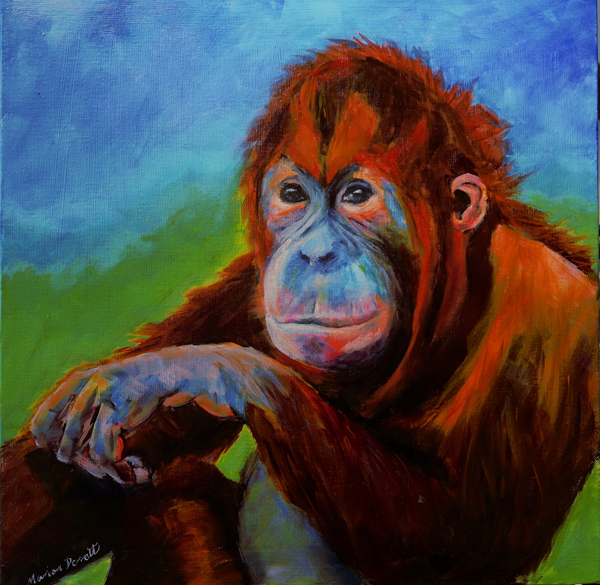 This painting of an orangutan, “Deep in Thought” was one of those struggles, more because of the drawing than the use of medium. Strangely the hand went very well, even though hands can often be very difficult to get right. The problem here, however, was the lower face that turned out not to be in line with the upper face – I did not realise this until I had repainted the mouth several times. The orangutan kept looking sad, which seemed like a mouth problem but, eventually, I realised it more to do with the positioning of the mouth than the mouth itself. 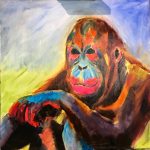 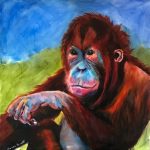 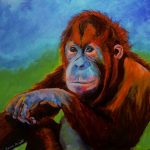 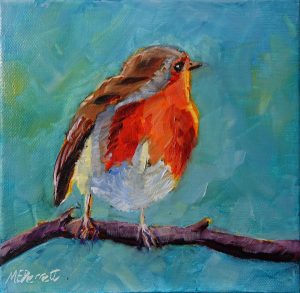 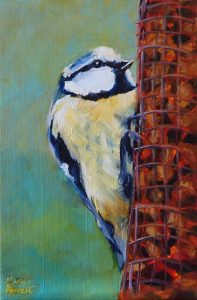 I often have to change the colour of a background, and the stages of this floral painting show  how the background colour changed drastically. 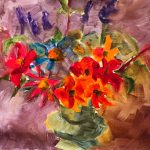 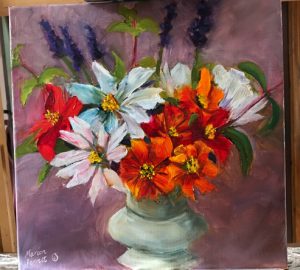 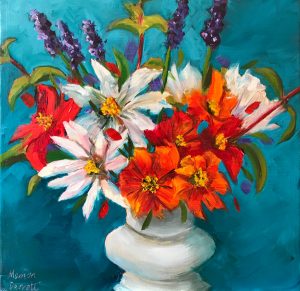 The turquoise blue background here gives the flowers so much more power.

Most of my paintings go through several stages, with an underpainting being the first layer – this applies to both oils and pastels. 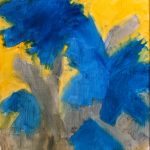 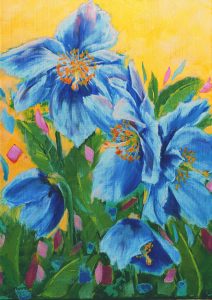 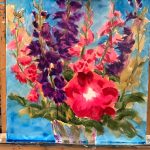 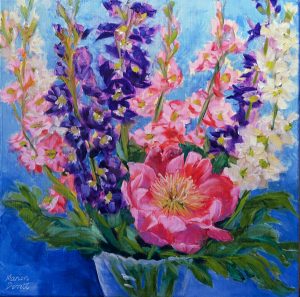 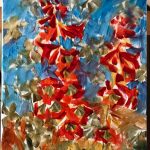 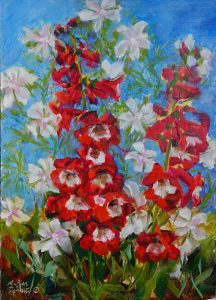 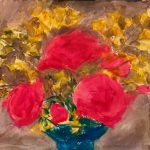 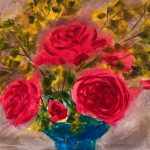 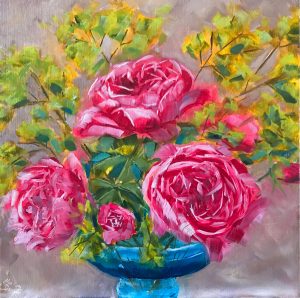 Whilst visiting New Jersey, I returned to Artspace Studio in Morristown and painted the two following pastels: 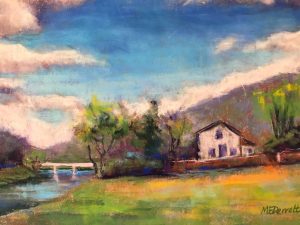 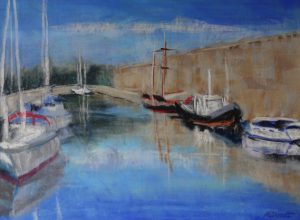 It was nice to paint in pastel again, though they are a nuisance to frame!